Confirmed: Amauri Sanit has been sent down to AAA for Lance Pendleton to come up.

Though Capuano has not pitched deep into games lately, he has allowed just three runs in each of his last three starts. He has not faced the Yankees since 2005, when they tagged him for seven runs over four innings as a member of the Brewers.

Despite working with a four-run lead, Burnett absorbed the loss in his last start, against the Rays on Monday. The right-hander was charged with six runs on eight hits, three of which were critical homers.

Lance Pendleton up from AAA

The Yankees are bringing long reliever Lance Pendleton back to the big leagues. A source indicated this afternoon that Pendleton will be at Yankee Stadium tonight, giving the Yankees another multi-inning reliever.

Although we don’t know yet for sure, it is likely that Amauri Sanit will be sent down. 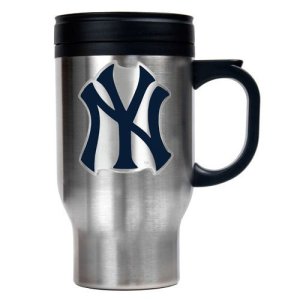 here are your morning links.   Enjoy the weekend everyone.

Showalter takes another jab at Yanks

NEW YORK — The Yankees thought their offensive frustration was long gone as they returned home for the Subway Series, but a steady diet of knuckleballs brought it right back through the turnstiles.

With the Yankees and Mets opening the 15th installment of interborough regular-season play, Daniel Murphy’s sixth-inning homer off Freddy Garcia held up as the difference in the Yankees’ 2-1 loss to the Mets at Yankee Stadium.

How off balance were the Bombers? Their only run-producing swing came on a good guess by Mark Teixeira, who figured that R.A. Dickey might abandon his bread-and-butter pitch in a 3-1 count.

“That knuckleball was going everywhere,” said Teixeira, who homered on a third-inning fastball. “He was throwing it inside, outside, up and down. It’s tough to hit a knuckleball when it’s going well.”

And that was certainly the case, as the Yankees seemed to leave all of their best swings in the carry-on luggage one night after pummeling Orioles pitching for 13 runs in Baltimore.

Dickey limited the Yankees to just four hits over six innings, leading the Mets to a surprising win.

“We had some opportunities, but when you face a knuckleballer, it’s not something you see very often,” Yankees manager Joe Girardi said. “It’s a totally different day for our hitters.”

The Yankees still hold a 45-34 advantage in the Subway Series since the inception of Interleague Play in 1997, and have won 10 of the last 16 games between the borough rivals.

But this tilt went to a Mets roster that features eight players who started the season at Triple-A Buffalo, some of them still wide-eyed at the prospect of a New York-New York affair.

“This stadium is awesome, and there are a lot of great players on the other side,” Mets third baseman Justin Turner said. “The atmosphere is unbelievable, and it’s even better that we got out of it with a ‘W.'”

Bragging rights aside, the more apropos numbers were as follows: The Yankees were 1-for-10 with runners in scoring position, and their luck didn’t change after Dickey’s exit.

Mike O’Connor, Jason Isringhausen and Francisco Rodriguez retired all nine batters they faced, as Mets pitching set down 15 of the final 16 Yankees.

Even so, Derek Jeter seemed more willing than usual to shrug off the performance because of how baffling Dickey had been.

“Facing a knuckleballer, you really don’t have an approach, because you don’t know what it’s doing,” Jeter said. “It might be a little easier to forget about.”

The win was Dickey’s second this year and his first since his season debut on April 3. He was mindful to pitch out of jams without giving the crowd of 47,874 a chance to become a factor.

“Here more than other places, you don’t want to let their crowd get into it,” Dickey said. “It can get fairly loud and the momentum can start to sway, and that’s what this place offers the home team.”

Girardi agreed that the crowd seemed subdued, but that may have been because there was little offense to cheer about for fans of either team, thanks to Garcia’s seven innings of two-run ball.

After Fernando Martinez and Turner created the first Mets run with back-to-back fourth-inning doubles, Murphy provided the lead in the sixth with a line-drive homer into the right-field seats.

“When you throw a splitter, sometimes you don’t know where it’s going,” Garcia said. “I feel that was a good pitch, and he hit it with one hand, so there was nothing I could do about it.”

Garcia deserved better, limiting the Mets to five hits. He walked two and struck out two in his Subway Series debut.

“He was just mixing his speeds real well, throwing a lot of strikes with his offspeed [pitches], not being predictable against an aggressive team,” catcher Russell Martin said.

The Yankees did catch a break in the sixth on a high-risk play by Nick Swisher. With Carlos Beltran on base, Turner looped a drive near the right-field line, and a racing Swisher attempted a diving catch.

That ball ticked off Swisher’s glove and bounced into the seats for a ground-rule double, forcing Beltran to stop at third base. Garcia then got Josh Thole to ground out, ending the inning.

“I knew I was taking off,” said Swisher, who sported a gash on his right forearm. “That outfield warning track feels like you’re playing on concrete pavement. It’s kind of part of the gig.”

But that sliver of luck didn’t make up for the rest.

After leaving the bases loaded in the second inning, the Yankees had another big chance with two men on in the fifth.

A Teixeira rope down the right-field line landed just foul, and Dickey rebounded to strike out the first baseman swinging, an at-bat Teixeira said he wanted back.

Alex Rodriguez then made a bid to knock in a run with a grounder up the middle, which shortstop Jose Reyes flagged and fired to first base to end the inning.

“Tremendous play,” Girardi said. “That’s the difference in the game. When you’re in close ballgames, it’s usually a great play or an unbelievable pitching performance that saves you.”

At least for this swipe of the MetroCard, the Mets got both.