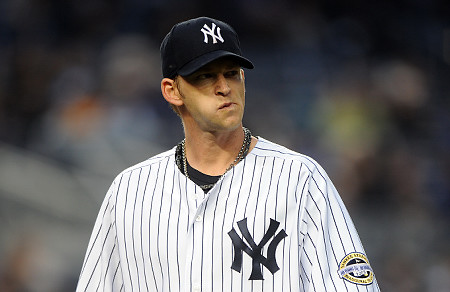 Yankees general manager Brian Cashman indicated Monday that it’s unlikely prospect left-hander Manny Banuelos will be called up from the minors when rosters expand in September.

“You may or may not see him,” said Cashman. “It’s more likely you won’t see him. There are no plans for him to join us. He is 20 years old. He is at Triple-A (Scranton-Wilkes Barre) right now and there are no plans to push him. That could change, but …” While the Yankees recently talked about using Banuelos as a reliever, Cashman said Monday that the young southpaw is not being moved to the bullpen with Triple-A Scranton/Wilkes-Barre. It appears that they don’t have the sense of urgency to make the move now that Rafael Soriano is back from the disabled list and Phil Hughes is likely bullpen-bound.