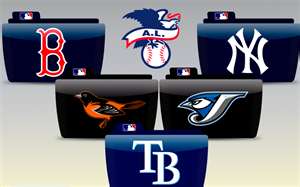 Our week long series continues with ranking the AL East Bullpens and Benches.

The Yankees have the best bullpen in the AL East by a good margin led by Mariano Rivera, David Robertson, Rafael Soriano, Boone Logan, and Cory Wade.  Rivera, even at age 42, is one of the best closers in MLB and the most trustworthy in a big spot. Robertson had a breakout season by posting a 1.08 ERA and striking out a staggering 13.5 batters per 9 innings. Soriano came on at the end of last season and is a tremendous talent to have as a 7th inning guy ,when on pretty much any other team he would be closing or be in the 8th inning. The Red Sox and Blue Jays both have completely revamped bullpens and it was a close race for 2nd. The Blue Jays picked up Sergio Santos and Francisco Cordero this offseason while the Red Sox picked up Andrew Bailey and Mark Melancon. Bailey is the best of the 4 when healthy, but he has rarely been able to stay healthy so I gave the edge to Toronto. Toronto also has better depth than the Red Sox behind their 2 new additions in Jason Frasor and Darren Oliver, whom they also signed this offseason. Cordero had 37 saves for the Reds last year, while pitching to a 2.43 ERA and Santos had 30 saves for the White Sox, while striking out an amazing 13.1 batters per 9 innings. That is almost as much as David Robertson. So that is a very good combo for the Blue Jays for the backend of their bullpen. The Red Sox lost Jonathan Papelbon and replaced him with Bailey. Bailey has been one of the best closers in MLB when healthy. He made the All- Star team his first 2 seasons and won rookie of the year. Ex Yankee farmhand Mark Melancon will replace Daniel Bard as the setup man. Melancon saved 20 games for the Houston Astros last season. The Rays bullpen had a surprisingly good season last year after loosing virtually everybody who contributed to it in 2010. Kyle Farnsowrth had a good year last year closing, but it is still Kyle Farnsworth and he is tough to trust. Jim Johnson, Matt Lindstrom, and Kevin Gregg will battle for the closers job in Baltimore.

It was a close race for 1st as the Blue Jays barely edged out the Yankees. The Blue Jays bench is impressive with Rajai Davis, Ben Francisco, and Travis Snyder in the outfield and Edwin Encarnacion and Omar Vizquel in the indfield. Enacrnacion batted .272 and hit 17 HR’s last season.Davis provides speed as he stole 34 bases last year. The Yankees bench figures to have Andruw Jones if they sign a DH, Eduardo Nunez, Francisco Cervelli for sure. Bill Hall, Russell Branyan, Ramiro Pena, and Chris Dickerson will be fighting for spots. Jones was a terror against lefties boasting an impressive .923 OPS against them. Nunez would be starting already for many teams and showed great potential with his bat. After the top 2 teams the benches start getting really weak. The Rays best reserves are Sam Fuld and Jeff Keppinger. Fuld is best known for his Sportscenter highlight plays. Ryan Sweeney and Nick Punto are the only viable bench players Boston has. The Orioles signed Wilson Betemit, but he will probably DH and not come off the bench. Their viable bench players are Robert Andino and Endy Chavez.