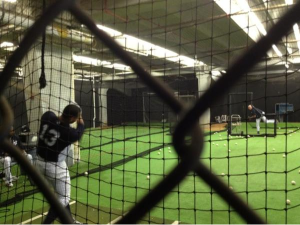 The Yankees continued to work out in Tampa Florida as they prepare for their first game on March 2nd. And what better picture for today than to see Alex Rodriguez in the indoor cage, taking BP. Onto today’s Spring Training notes:

— David Aardsma (the new #34) was in camp today and Joba Chamberlain threw off a full mound. Chamberlain told Marc Carig of The Star Ledger that he felt good. He also said that he believed that Rafael Soriano threw off the mound as well.

— Mark Feinsand posted some videos from today’s Spring Training session, so let’s take a look at some videos! 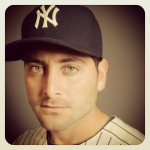 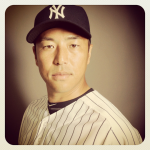 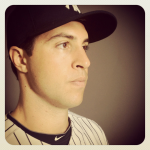 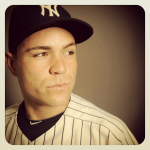 A Bat Before The Deadline? 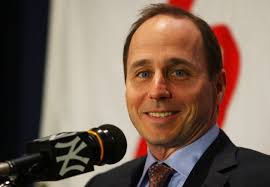 Conversation about the Yankees this spring has been dominated by pitching.  Bolstered by the acquisitions of pitchers Michael Pineda and Hiroki Kuroda, the 2012 rotation appears to be the strongest that the Yankees have possessed since the championship season of 2009. In addition to the strengthened rotation the Yankees possess one of the best, if not the best, bullpens in baseball.  There is plenty to be optimistic about in regards to the arms the Yankees will rely upon this season.

With all of the pitching talk there has been less discussion of the Yankee lineup. Part of the reason for that is that there isn’t much new to discuss about this veteran lineup where the youngest player will be twenty-eight year old Brett Gardner. The only other Yankee in the starting lineup under the age of thirty will be Robinson Cano.  Jorge Posada’s retirement in January lead to last week’s signing of Raul Ibanez, who will be part of a platoon at DH.  Ibanez is expected to be in the lineup at DH vs left-handed starters. Andruw Jones is expected to be in the lineup vs. right-handed starters along with some appearances in the DH slot by Alex Rodriguez when he gets rest from playing the field.  Other than the change at DH, the Yankee lineup will be same as it was in 2011.

2011 was a good offensive season for Yankees. They finished second in the AL in runs scored with 867, fifth in the AL in batting average at .263, second in the AL in OBP at .343, and third in the AL in slugging percentage and OPS at .444 and .788 respectively.  A similar performance by the Yankee offense this year would figure to make them tough to beat with their improved rotation.  So why does it feel like something is missing in the Yankee lineup?

Although Jesus Montero only appeared in 18 games last season, his absence from the Yankee lineup  feels bigger than that of the loss of a player who only appeared in September. Montero displayed opposite field power and vast potential while hitting .328/.406 last September.  His power/BA/OBP blend was expected to give the 2012 Yankee lineup a big boost and an injection of youth this season.  With Montero now a member of the Seattle Mariners after being the centerpiece of the Pineda deal, the Yankees will have to look for stability and improvement in the lineup from the same group as last year.  This has some folks nervous, as this lineup has failed to get the job done in the postseason the last two years and is now a year older. 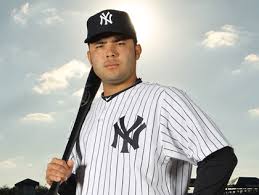 Do the Yankees have enough firepower in the lineup to win it all this year or will GM Brian Cashman look to make a deadline deal for a bat?

END_OF_DOCUMENT_TOKEN_TO_BE_REPLACED

Another look at all the Yankee Blogs and linking an article from each.  Enjoy give them all read.

* An A-blog for A-Rod asks how does nobody claim Chris Dickerson.

* Bleeding Yankee Blue is worried by the innings load of Pineda and Nova.

* It’s about the Money Stupid has ranked the top 30 Yankee prospects check it out.

* New York Baseball Digest wonders if it was wise to table the negotiations for Martin till the end of the season.

* Pinstripe Alley mentions that Jeter will turn 38 in June and is that a cause for concern?

* River Ave Blues has the 2012 Yankees preview.  Mike Axisa does a great job with this it’s worth a read.

* The Captain’s Blog asks if it’s time for the Yankees to extended Robinson Cano and Curtis Granderson?

* The Yankee Analysts got together to rank the top 20 prospects.

Good morning all the signing of Chavez is now official and the Yankees 40 man roster is almost set.  Let’s get right to the links….

* Bryan Hoch of MLB.com has a lot of nuggets about spring training in this article.

* The New York Times has an article about Delcarmen who was in the Red Sox organization for 10 years.

* The New York Post says new pitcher Michael Pineda is trying to get a grip on off-speed pitch.