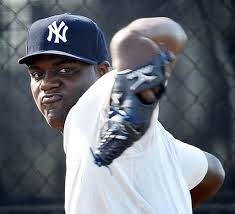 When the New York Yankees sent Jesus Montero and Hector Noesi to the Seattle Mariners for Michael Pineda, the reactions from fans ranged from euphoria to anger and everything in between.  It’s never easy for fans to see a highly anticipated player like Montero traded away.  Montero had been with the Yankee organization from day one of his professional career.  There is an extra special place that fans reserve for the guys that have been Yankees from day one.

Since the signings of Catfish Hunter and Reginald Martinez Jackson that helped propel the Yankees to two championships in the late seventies, critics of George Steinbrenner’s free spending ways and fans of opposing teams had labeled the Yankees the best team that money could buy.  When the Yankees ended the long drought between titles in 1996 and established a dynasty, the success was extra sweet because players named Jeter, Williams, Posada, Petitte and Rivera lead the way. These were home-grown Yankees that forced the critics of the Yankees’ spending to admit that players developed in the Yankee system were the key to the incredible success that the Yankees enjoyed during their dynasty reign. 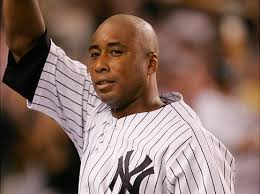 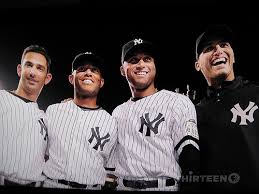 Jesus Montero was the most anticipated Yankee prospect to come along since that dynasty era.  Montero’s spectacular performance last September looked like a coming attractions preview for the next decade and Yankee fans were looking forward to the career of another potential home-grown Yankee star. It wasn’t to be and if Montero is to become a star he will be doing it wearing a Seattle Mariners uniform. 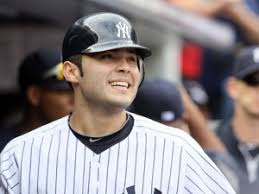 There’s a lot of pressure that comes with being traded to or signed by the Yankees.  Just ask A.J. Burnett, one of the two most recent high-profile Yankee pitching acquisitions.  Signed after the 2008 season to a big money contract along with C.C. Sabathia and Mark Texeira, Burnett had a good 2009 regular season for the Yankees. Burnett then won a pivotal and crucial game of the 2009 World Series with a spectacular and gritty performance.  Faced with the alarming prospect of heading to Philadelphia down two games to none, Burnett outdueled Pedro Martinez in game two of that World Series.  The Yankees went on to win their first title since the 2000 season and Burnett had earned his money and was on his way into being accepted as a true Yankee, or so we thought.

Burnett’s struggles in 2010 quickly turned the media and fans against him. Burnett felt the pressure in 2011 and had an even more miserable regular season.  By the end of 2011 even a heroic effort in game four of the 2011 ALDS that staved off elimination for another day couldn’t save him. He had failed to pitch to his contract in the regular season and the Yankees felt the pressure on Burnett was too much for him to succeed  in New York.  Two weeks ago the Yankees basically gave him away to the Pirates, eating twenty million dollars in the process. 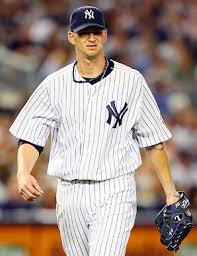 One of the biggest questions that Michael Pineda has to answer is if he can pitch in the pressure cooker that is New York. Does Pineda have the mental makeup to succeed where others like A.J. Burnett and Kevin Brown have failed? Early indications are cause for quite a bit of concern.

While Pineda has always been big, his size upon showing up at training camp was alarming.  Pineda showed up at camp admitting to weighing 280 pounds and one of the first things he acknowledged was the need to lose weight. Others like Buster Olney of ESPN have said that Pineda came in at 290 pounds. http://espn.go.com/blog/new-york/yankees/post/_/id/27547/olney-pineda-is-a-huge-addition-literally

I find it more than a little bit alarming that a young pitcher who was traded to a franchise as illustrious as the Yankees took it so “seriously” that he showed up to camp so heavy.  Pineda is only twenty-three years old and to make that sort of initial impression is troublesome.

As if his lack of physical conditioning wasn’t alarming enough? This report came from Yankee camp from Wallace Matthews on Monday about an incident involving Pineda and what was supposed to be a press conference after a throwing session.  http://espn.go.com/blog/new-york/yankees/post/_/id/28066/michael-youre-not-in-seattle-anymore

Are these minor incidents to be expected from a young player making his initial forray into big market exposure with all of its hype and coverage?  Or are these the actions of a young pitcher clearly unready to handle the pressure and scrutiny he is about to face in New York?

It would be wise to keep in mind that fans and media turned on A.J. Burnett as badly as they did while he only cost the team money, not players.  With Jesus Montero a frontrunner to win the AL Rookie Of  The Year Award, Pineda will be judged by fans and media vs. Montero’s performance this year as well as his own. There is no way that can be avoided no matter how much Brian Cashman and Joe Girardi try to downplay what to expect from Pineda this season.

Cashman and Girardi can emphasize that this was a trade made for the future all they want, but New York is a win now town that isn’t interested in hearing about next year until next year.  The Yankees have an aging core whose window of opportunity may be shrinking.  That became even more apparent when the incredible Mariano Rivera hinted strongly upon arriving at training camp that 2012 will be his final season.  There is a growing feeling that if the Yankees are going to win with their current core of players that they need to win now.

If Pineda doesn’t pitch in a manner that justifies the decision to trade a fan favorite  for him, things could get very messy, very quickly for him.  If anyone thinks that the fans and media won’t be keeping an eye on Montero’s performance in Seattle this year and comparing it to Pineda’s performance they are kidding themselves. The Montero watch will be underway from game one of the season and won’t stop until Pineda gives everyone a reason not to watch anymore.

Michael Pineda is under pressure to perform on the biggest stage in the biggest town in sports.  It’s the kind of pressure that few people would wish upon even their worst enemy.  Getting himself in proper shape and adjusting to the increased responsibilities with the media would be good ways to start himself on the right path for the scrutiny he will receive.  Even successful completion of those tasks won’t guarantee anything for Pineda.  Pineda is going to have to pitch successfully in 2012 and justify the trade that brought him to New York and nothing less will do. It may not be fair, it may not be realistic, but that’s New York.