Phil Hughes warming up before his outing

Good evening everyone! If you were fortunate enough to listen to the Pirates broadcast then you were able to listen to Phil Hughes & CC Sabathia’s outings. Here are some notes from today:

— Phil Hughes’s location wasn’t there (it’s okay, it was only the first game), but there was something that was there: His velocity. Hughes joked to Jack Curry saying that he would like to hit 100 MPH but then seriously said that he wouldn’t mind hitting 91-92 on the gun. Hughes was surprised when Jack Curry told him that he topped at 93 MPH multiple times. Francisco Cervelli even commented saying that the ball was jumping out of Phil Hughes’s hand.

— CC Sabathia also has some goals himself this spring. Sabathia said that he would like to have consistency with delivery and ability to throw off speed pitches for strikes are his goal for the Spring. On his first start, Sabathia also said that it felt ike it was the first time and that there is still a lot of work to do.

— Derek Jeter insists that he would like to also play tomorrow. Everyone’s guess is that Jeter doesn’t want to travel on Thursday. So are we playing ‘Rock, Paper, Scissors’ with Brett Gardner for the lead-off spot tomorrow? If so, you’ll need a referee.

Tomorrow the game is on YES Network (some advice: don’t ever take Yankees announcers for granted) and on MLB Network. Use the comment section below to talk about whatever you like

Have a great night everyone!

Derek Jeter isn’t the only one with an edge. Phil Hughes also may have one when it comes to battling for the 5th spot in the rotation. Hughes came to play today along with CC Sabathia but during their starts today, something was … missing.

Sabathia looked as if some of his pitches were being overthrown, and didn’t have great location with the strike zone. Sabathia was however able to make the best of his start by showing us why he is the ace; he gave up only 1 run in 2 innings of work.

Phil Hughes’s outing was a little shaky, only going 1.2 IP (I assumed Girardi had Hughes on a pitch count) with giving up 2 runs on 4 base hits although only 1 of the runs were earned. The good news was that Hughes hit 93 MPH multiple times throughout his outing in which Joe Girardi believes is a step in the right direction.

The Yankees had issues today during their 7-4 loss to the Pirates, mostly defensive and injury issues. Francisco Cervelli (on his 26th birthday) was hit by a back swing while behind home plate. He’s fine. It’s not as bad as walking around with a boot until May.

Derek Jeter was hit in the side as he attempted to slide back to second on a pick-off attempt. Again, Jeter is fine.

And Mark Teixeira “jammed” his thumb while applying a tag to first base and for a moment, dropped the baseball. Again, it’s nothing serious as Teixeira said that it stung just a little bit. This is coming from a man who can handle high endurance of pain; such as playing through October with a broken pinkie toe, a bruised knee and I bet if Joe Girardi let him he would have played with the ACL strain in the 2010 ALCS series.

Mark Teixeira & Alex Rodriguez each had 1 error in the game, something that Tex and A-Rod might want to straighten out before they start playing real games next month.

WHAT’S NEXT: The starting outfield, Russell Martin & Raul Ibanez will play in Tampa tomorrow vs. the Tampa Bay Rays. The game will be televised on YES Network. More on Phil Hughes on tonight’s Spring Training report. 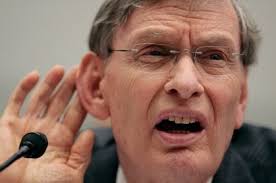 For only the third time in the history of MLB, a change has been made in the number of teams that qualify for the postseason. An extra wild card has been added in both the AL and NL, bringing the number of teams who now qualify for the postseason to ten. Exactly one-third of the teams who compete in MLB will play at least one playoff game in October this year. Bud Selig’s dream has become a reality.

The one game playoff in the first round presents a plethora of troubling possibilities. Lets suppose the Red Sox trail the Yankees by two games for the division lead heading into the three game series between the two teams that ends the regular season in 2012.  Lets also suppose that the Rays are four games behind both the Yankees and Red Sox yet have the fifth and last playoff spot locked up. What does Bobby Valentine do in such a situation? Does he pitch the first three pitchers in his rotation attempting to sweep the Yankees and win the division? Or does he rest his ace, figuring that he has to save his best pitcher for a possible one game playoff with the Rays? Joe Maddon could set up his rotation over the last three games of the season knowing he had nothing to gain and have his best starter on regular rest for the one game playoff.  That would actually be a reward for the team with the lesser record in a scenario such as this. This is just one of the many troubling possibilities that a one game playoff represents. 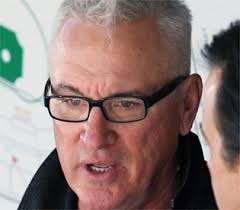 MLB’s season is 162 games. That’s almost twice as many games as the NBA and NHL teams play, and more than ten times the number of games that NFL teams plays. 162 games played over six months are more than enough games to establish who the best teams are.  The notion that a one game playoff is in any way a fair way to decide who should be eliminated after a 162 game season borders on insanity. Many of us have never accepted the best of five format in the opening round from 1994-2011 as a valid way to decide who should advance after such a long season.  It’s astonishing that MLB would lengthen the postseason yet choose to add a one game playoff rather than lengthen the Divisional Series to a best of seven format.

One of the results of the expanded playoff format will almost certainly be to lessen the intensity of the regular season for teams and fans alike.  Losing streaks used to create panic for the teams who suffered them. Will that still be the case in this new playoff era? Consider the case of the 2011 Boston Red Sox.  Heavily favored in the preseason to win the 2011 World Series, the Red Sox lost their first six games of the season and ten of their first twelve games.  Headlines of horror screamed throughout the nation and it was only the middle of April.  The Red Sox righted the ship and looked to be a cinch to make the postseason, before losing twenty-one of their last twenty-nine games. It was like watching a train wreck in slow motion as the headlines roared and the pressure on the Red Sox built to the same fevered pitch it had in April during their horrendous start. When the Red Sox lost their final game of the season to the Orioles just minutes before the Rays had come from behind to defeat the Yankees in their final regular season game, it completed one of the most dramatic up and down seasons in the history of baseball.  You know what it would have meant under the new playoff system? Nothing, absolutely nothing at all.  The Red Sox finished with the fifth best record in the American League in 2011, four games clear of the Angels. The drama surrounding the Red Sox in April and September of last year would have been relegated to a very minor story.

END_OF_DOCUMENT_TOKEN_TO_BE_REPLACED

NOTE: If you have an MLB.TV subscription you can listen to the ball game on Pittsburgh Radio. The game is not televised.

Good afternoon all.  Here is our weekly article where we span the blogs and bring you the very best articles on the Yankees. Give them all a read.  Enjoy!

* An A-blog for A-Rod has thoughts on what they don’t like about the new postseason format.

* Bleeding Yankee Blue ponders if Soriano is next in line after Mariano retires.

* It’s about the Money Stupid is projecting the Yankee starting rotation.

* Lady Loves Pinstripes is doing a series of previewing each team.  Up now are the Cardinals.

* Pinstripe Alley has some love for Robinson Cano.

* River Ave Blues looks into regression risks for the 2012 season.

* Sliding into Home is ranking some of the Yankee prospects.

* The Captain’s Blog asks if Pineda is a lock for the rotation.

* The Yankee Analysts are against early extension, generally.

* Yanks Go Yard is predicting a big year for A-Rod.

So Pineda looked great yesterday that’s the good.  The bad is Nunez will be out a couple games but at least it wasn’t anything serious.  Let’s dive right into the links….

* The Star Ledger reports Nunez avoided major injury after being hit by a pitch.

* The Daily News mentions that Mariano’s first session comes as relief to the Yankees.

* The Daily News also reports about Pineda’s impressive change up.

* Yahoo has the details of the promotional schedule for the Yankees this year.