Michael Pineda during today's 8-3 win over the Braves

— Eduardo Nunez felt pain in his hand while taking batting practice so he will be shut down for another couple of days.

— Here was an interesting fact. For the past two days, the Yankees have been playing the Atlanta Braves. It turns out that the Atlanta Braves was the team that OF Brett Gardner followed ever since he was a kid. Must have been cool to be playing against one of your favorite teams.

Coming into Game 2 of the 2 game set with the Braves, the story with Michael Pineda was the velocity issues from his last outing. Today wasn’t an issue, as the Yankees were able to sweep the Braves in a 2 game set 8-3 with some key help from the offense.

Last year in the month of June I decided to join the rest of the world and create a Twitter account.  It didn’t take me long to realize why friends had implored me to hop aboard the social media train.  I had entered a world of nonstop updates, analysis, and information about what I love most, sports.

It was amazing to me that I could receive information at real-time speed about games, breaking stories, and scores before they were even posted on the internet.  I kicked myself for months that I hadn’t discovered this wonderful world sooner.  The last week has me rethinking some views about social media and wondering if I should schedule a yearly Twitter vacation to coincide with the start of spring training. 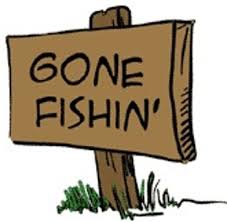 I started following baseball at the knee of my grandfather at the age of five. My grandfather was known far and wide in his part of the world as the most knowledgable baseball expert alive.  In an age before the internet, people who made bets about baseball trivia would call my grandparents’ house to ask my grandfather to settle bets they had made over a few beers at a bar.  My grandmother would field calls at two in the morning from men asking her to wake up my grandfather to ask him who lead the American League in home runs in 1947.  My grandfather was basically a human Google, especially when it came to baseball.  The Yankees weren’t just part of his life, to him they were the most important thing in life other than family.  I was twelve years old when he passed away in March of 1981 but in that short time we were both alive on this planet he gave me a lifetime’s worth of education about baseball.

I was about seven years old on a Saturday March morning at my grandparents’ house when I learned another lesson about baseball from my grandfather that I never forgot. The newspaper had come to the house and I tore into the sports page, looking for the score of the previous days’ Yankee spring training game. Back in 1981 that was what passed for the up to the minute updates.  I got to the page with the scores and saw that the Yankees had lost. When my grandfather woke up and came to the kitchen table to have his coffee and read the newspaper he found an angry kid awaiting him. He asked me what was wrong and I replied “Papa, the Yankees lost yesterday”.  I had expected him to share my unhappiness.  This was a man who was STILL upset that the Yankees had traded Bobby Murcer for Bobby Bonds a year earlier.  What he did was wave his hand at me and say “Honey, those games don’t mean anything. They are just practicing for the season.”  I haven’t cared about another spring training game the rest of my life. If he said they didn’t matter, then to me they didn’t matter. 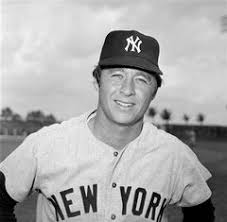 The last few days on Twitter have been interesting to say the least.  I  have logged in to check my timeline and have been greeted with proclamations of complete doom and gloom because the Yankees had lost three consecutive spring training games.  Some of the hysteria I’ve read centered around proclamations that Hiroki Kuroda was a bust because he had been roughed up a bit in his first spring training outing.  The funniest hysteria centered around columns about Derek Jeter that were being retweeted left and right. Apparently, there are a lot of folks that think that because Jeter is hitless in eight at-bats so far in spring training that it’s time to choose a date for his retirement ceremony at Yankee Stadium because this constitutes evidence that he’s all done as a productive player.  Are these people for real? Have they spent too much time in the house this Winter?  Are they suffering from cabin fever? 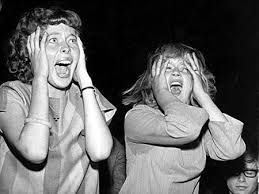 Spring training games in early March look like they are being played under Little League rules. Everyone plays at least two innings and gets at least one at bat.  Spring training is a time for fans to get excited that baseball season will soon be upon us. It’s a time for teams to check out younger players in the system, a time for veterans to stretch out and shake the rust off, and a time for the sports media to start practicing tired old clichés.  What it’s not time for are panic, euphoria, or gloom.

It’s a long winter for baseball fans. It seems even longer to those who spend the winter in harsh climates.  The dawn of spring training signals not only that baseball season will soon be underway but also that better weather and birds chirping are right around the corner. It represents to many of us what the start of Christmas season represents to children who have made their lists and eagerly await presents underneath the tree on Christmas morning.  At least that’s what I thought it represented. From what I’ve observed lately it’s apparently now a referendum on whether or not a team is doomed,whether a free agent signing is a bust before he’s even played a game that counts on the back of his baseball card, and “proof” that one of the greatest players ever to walk on a baseball field is finished. 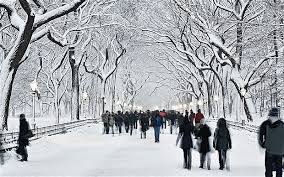 Yes, we live in a nonstop internet and social media age.  None of us would have dreamed ten years ago that you could be at work and check your twitter feed and read a real-time accounting of each pitch in a spring training game.  It still takes some getting used to for many of us, even though its such a dominant part of our culture. The media must feed its followers and hit its story quota.  ESPN is nonstop sports media machine that has transcended sports and the way we view and follow them. If there isn’t any real news then news must be created.  When you’re talking about a team with the media following that the Yankees have, the coverage is even more intense.  None of this changes the fact that spring training games are nothing more than a glorified practice taking place with another team.

It’s important to keep in mind that the goal of spring training is to have everyone ready to hit the field on opening day prepared to play. As important as every pitch may seem now, it really has to be put into proper perspective.  Between now and the start of the MLB playoffs the following will occur: the first day of Spring, the running of all three legs of horse racing’s Triple Crown,  the NBA and NHL playoffs, all four legs of golf’s Grand Slam, the beginning and end of summer, tennis’ French Open, Wimbledon, and United States Open, opening weekend of both college football and the NFL, the end of the Republican Presidential primaries, both the Democratic and Republican National conventions, and the beginning of fall. I think it might be just a “little too early” to hit the panic button regarding any player or team. 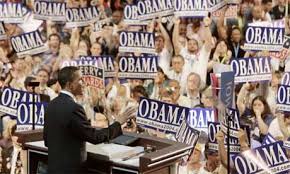 Spring training’s awareness level may have been raised to epic new heights by the social media and nonstop media coverage, but in the end no one will remember or care about a thing that happened in early March. Keep that in mind as you scan the hysteria today.

— Eduardo Nunez will not be making the trip today. He had the full day off yesterday and will stay in Tampa to do some batting practice.

— Joe Girardi emphasized to Russell Martin & Michael Pineda that he would like to see the changeup during his outing today, so expect some changeups.

— Joe Girardi also isn’t sure what rehab routine David Robertson will have, but he would like to have D-Rob throw while sitting in a chair to keep his arm strength (something that David Robertson is not a fan of). Robertson plans on working his upper body in Tampa today by doing core workouts.

— Dewayne Wise was scratched from the trip today because of a sore hamstring. He’s not slated to miss a lot of time.

Good morning everyone! Yankees play today and although it’s not a televised game, the game is on the radio! Let’s get right to the morning links, shall we?

— We understand that David Robertson might be feeling a little embarrassed after that freak foot accident, but David Price of the Tampa Bay Rays outdone him in freak accidents when a towel ended up giving him neck spasms.

— ESPN New York discusses how Michael Pineda needs to get his velocity up in today’s game.

— The Yankees have to decide who they are going to keep; Curtis Granderson or Robinson Cano. The reason? Steinbrenner wants to lower the payroll.

— Joba Chamberlain threw a bullpen session yesterday and even threw a curveball and 5 sliders to a catcher standing up.