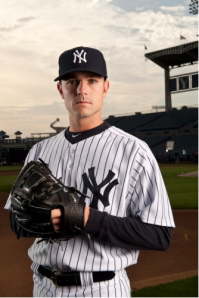 Report: David Robertson had a year last year that no one could ever expect. He was 4-0 with a 1.08 ERA & notched 100 K’s. Robertson is known as being a strikeout pitcher and the 4 years with the Yankees he has shown that he has the ability to strike out batters. Here’s a chart of Robertson’s strike out work over the years:

The Verdict: It is almost impossible for David Robertson to duplicate his stellar 2011 season, so that is why I am going with under on the strikeout radar. I would say about 80-90 K’s in 2012.

Report: Mariano Rivera is one of the best, if not the best closer in baseball, so saves seem to come naturally for Mo. In 2011, Mariano not only notched 44 saves but he became the all time saves leader with 603 saves, the most in Major League baseball. He also was able to do it with a sparkling 1.91 ERA while going 1-2 in relief appearances in 61.1 IP. This might be Mariano Rivera’s final year in Yankees pinstripes but I am sure that if it is, then Mariano will go out with a bang.