UPDATE:  The start time for the game has been pushed back to 7:15pm.

One of the most incredible weeks at the plate you’ll ever see by Josh Hamilton, yet another off the field controversy in Boston, life without Mariano,  Jered Weaver sings, and Andy’s back all are the leading stories as 20% of the season is now over with in MLB. 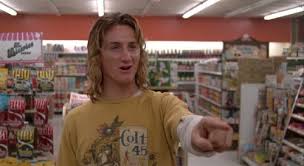 The season that Josh Hamilton has had so far has been incredible. The week that Hamilton just had can only be described as jaw dropping.  After tying the MLB record with four home runs in one game on Tuesday night against the Orioles, Hamilton kept his human highlight reel going and finished the week of May 7th-May 13th 14-30(.467) with 9 home runs and 18 RBI’s.

Hamilton is currently leading the AL in all three Triple Crown statistical categories with a .402 batting average, 18 home runs, and 44 RBI’s.  The only thing that can stop Hamilton from becoming the first Triple Crown winner in 45 years are injuries. With the lead Hamilton has built up in home runs and RBI’s, even one DL stint won’t stop him.  There is simply no reason to believe that Hamilton won’t continue to play at a high level.  You can mark it down, if Hamilton can play 130 games this year, he’s going to replace Carl Yastremski as the latest Triple Crown winner. 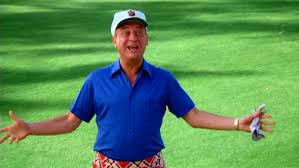 “I spend my off-days the way I want to spend them. My off-day is my off-day.”

Those were the words spoken by Boston Red Sox pitcher Josh Beckett after he was confronted by the media about reports that he had played golf the day after being scratched from a scheduled start due to a sore lat on May 2nd.

Whether or not Beckett was actually hurt or played golf on an off day isn’t really the issue. The issue is his complete and total lack of understanding about how he would be perceived for commenting as he did.  A supposed ace with a 5.97 ERA being paid 15.75 million a year through the 2014 season needs to know when to act contrite.  Beckett not only didn’t learn a thing from the beer and chicken episode of last season, he simply doesn’t care about anything but Beckett.

The Red Sox will probably explore dealing Beckett this season, but with his  contract they would most likely have to eat a large chunk of the money owed to Beckett.  It doesn’t really make sense for the Red Sox to move Beckett just for the sake of moving him. Unless they can get decent value back or rid themselves of most of the money owed on his contract, its likely that Beckett will continue his sideshow act in Boston for the rest of this season. 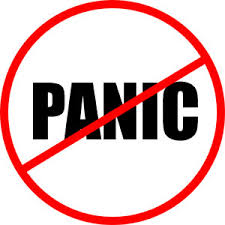 The overreaction by the media to the blown save by David Robertson in his second save situation since Mariano Rivera’s season ending injury was equally predictable, sad, and comical at the same time.

While the timing of the first runs allowed by Robertson since August 29th of 2011 wasn’t exactly great, people seemed to forget that Rivera blew a save in similar fashion to the very same team on opening day.

Robertson has allowed runs in just 2 of his last 42 appearances and still has a 4 to 1 strikeout to walk ratio this season.

Pitching the 8th inning for the New York Yankees puts a pitcher under a microscope as much as closing does just about anyplace else.  The notion that Robertson isn’t “mentally ready” to close for the Yankees is one that I just don’t buy into.

Mariano Rivera himself faced the same question as Robertson does now in 1997.  Rivera moved from the setup role into the closer’s role in 1997 after the Yankees let John Wetteland walk away as a free agent following the 1996 season. This was largely due to the fact they had faith in Rivera’s ability to assume the role.  Rivera started the 1997 season by blowing 3 of his first 6 save attempts as the media screamed questions about his ability to handle the closing role in NY due to the extra pressure that comes with that job in the Bronx. Rivera seemed to work out pretty good huh? 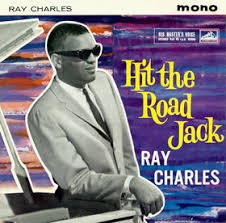 Jered Weaver entered last night’s game with the Texas Rangers with a 5-0 record, an ERA of 1.60, and 49 strikeouts in 7 games started so far in 2012. Weaver was also only one start removed from throwing a no-hitter against the Minnesota Twins. So what could go wrong?  When you’re pitching against the Texas Rangers, a lot can go wrong, as Weaver soon learned.  Weaver was battered by Texas, allowing 10 hits and 8 earned runs over only 3 1/3 innings.  Nelson Cruz hit a line drive grand slam off of Weaver in the third inning to send Weaver into the dugout after the final out of that inning raging with anger and screaming.  In the fourth inning, after Josh Hamilton hit a two run off of Weaver, Weaver was pulled by manager Mike Sciosia.  As Weaver walked off the mound to the Ray Charles classic that is played in Arlington after a pitcher is pounded, Weaver sang along with the crowd in a surreal scene.

Weaver wasn’t the first ace to make an early exit against the Rangers this year and he certainly won’t be the last either. Texas leads MLB with an incredible .296 batting average and also leads MLB with a .488 slugging percentage. 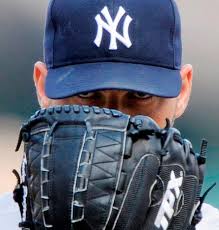 After a 16 month layoff Andy Petitte returned to the Bronx yesterday and took a loss to the Mariners.

Nostalgia and feel good story stuff aside, Petitte’s start wasn’t much to write home about. Petitte failed to get a single swing and miss on the 32 cutters he threw to the Mariners yesterday, who aren’t exactly murder’s row.  First start back or no first start back, that is a very bad sign.

Petitte’s fastball is now in the 88-89 MPH range at best, which means he is going to have to hit corners consistently with precision.  Petitte deserves a few more starts before anyone can decide what he is at this point, but he’s got to do a lot better than he did yesterday to be an impact pitcher for the Yankees.

If The Playoffs Started Today……..

In the AL, the Yankees would host the Rays in a one game playoff to determine who would face the Texas Rangers in the next round.  The Orioles would face the Indians in the other matchup.

In the NL, the Nationals would host the Mets in a one game playoff to determine who would face the Dodgers in the next round. The Braves would face the Cardinals.

The only two teams in an Eastern Division who are below .500 are the Phillies and Red Sox, who are both playing exactly .500 ball vs teams outside of their divisions.  When two teams with the payroll that Philadelphia and Boston have are the only two teams in the Eastern part of the nation below .500, you don’t have to wonder where the best talent and baseball are.

“Nothing gets hit harder than a hanging slider” @UrKllinMeSmalls  after Smoak took Petitte deep at Yankee Stadium on Sunday afternoon.

Enjoy the series everyone!

Good Morning all.  Good start from Pettitte yesterday only two mistake pitches away from getting the win.  New week and a new series starts tonight.  Let’s start the week of right with some links….

— Not sure if everyone saw this before the game but the Yankees honored former Marine and purple heart recipient Megan Leavy and bomb sniffing dog.  Article is from The Daily News written by Sean Brennan.

— Bryan Hoch of mlb.com has a story about how Russell Martin’s mom is never far from his thoughts.

— Everyone check out this article by Mike Mazzeo of ESPN.COM about tweaking the Yankees lineup.  Thoughts?

It was a joyous day in Yankee Stadium on an early Sunday afternoon as Andy Pettitte made his way to the mound. He knew that he was ready to take on the Seattle Mariners lineup and start his 2012 season on the right foot. Although he didn’t walk away with the win, Andy did walk away (somewhat) on the right foot. Pettitte had given up 4 runs in 6+ innings pitched but received the loss because the Yankees offense couldn’t get the clutch hit.

Nick Swisher raised some eyebrows in the 9th inning when he tried to stretch a double into a triple and was gunned down at third. Swisher ended the rally in the 9th as Raul Ibanez and Eric Chavez  both flew out to end the game.

WHAT’S NEXT: The Yankees head to Camden Yards for 2 games in which I like to call “their home away from home”. Ivan Nova will pitch tomorrow and CC Sabathia will pitch on Tuesday before the Yanks pack it up and head to Toronto.