Where Are The Yankees Right Now? 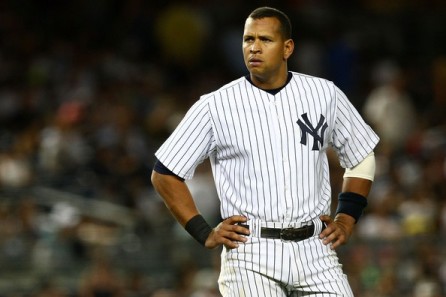 Last night, the Yankees played their 54th game of the year. Why is this significant? Well, it means the Yanks have now played 1/3 of their games in the 2012 season. Standing at 30-24, it’s no longer early, and no longer just a small sample size. So, I’m going to give a State of the Yankees address, so to say, at what we’ve seen and hope to see in the remaining months of the season.

It hasn’t been the normal start to the season that Yankee fans have come to expect. They’ve had tremendous struggles with their pitching staff, hitting with RISP, and lost arguably the greatest pitcher in history, Mariano Rivera, due to injury. Yet, they still are over .500 and near the top of the division. So how come Yankee fans like myself, have been so paranoid and worried about the team?

I think it has to do with inconsistency. The Yankees go on 7-3 stretches, and then lose four straight. Hiroki Kuroda throws an eight inning gem, and then is knocked out in the third inning. The Yankees score 10 runs one night, and then don’t score once with the bases loaded and no one out. It’s been so up and down this year that Yankees fans are left with no choice but to think about the bad more than the good.

But there has been some bright spots – Derek Jeter continues to defy age with his league-leading 73 hits, Raul Ibanez is racking up RBIs like there’s no tomorrow, and CC and Andy Pettitte are consistently throwing quality starts. Other than that, there’s not a whole lot more. This team isn’t playing like a team. They clearly are friendly in the locker room, but on the field they don’t seem in sync. The Yanks rely on one or two guys a night to get their wins, and when those guys don’t produce, they have no chance.

I’m not too sure what they can do to fire this team up. Brian Cashman and Joe Girardi held a team meeting a week or two ago to fire the team up, and the Yanks are still putting in mixed results. That really is not enough to get the job done. You may argue with me that things are okay and they just took 2 of 3 from the Tigers, but what may work right now to squeeze out a few victories, won’t necessarily work in the stretch run and potentially in October.

The Yankees will still be competitive, and there’s no doubt that at some point guys like A-Rod, Tex, and Swish will go on their respective tears, but this team is really hanging by a thread right now. Another injury to a starter or a guy like Jeter, and the Yankees are in serious trouble. They may make the playoffs, and they may be some people’s picks for the American League. But this charade of just getting by with a couple quality starts per week and having now a non-threatening lineup AND rotation, can not and will not work out in the end for the Bombers.

The moral of the story – pick up the slack and play hard every game. You’re freakin’ millionaires, prove you deserve the money!

Good morning everyone.  Andy Petitte’s sparkling performance last night helped move the Yankees within a half game of the AL East lead.  Here are your morning links:

—-The NY Daily News reports that Robinson Cano was still feeling pain after last night’s game in which he was hit by a pitch.

—-The NY looks at the seemingly ageless Andy Petitte after his performance last night.

Tonight’s game begins at 7:05 PM.  Enjoy your day everyone!

Coming into tonight’s game, the Yankees and the Rays plan to compete for one thing. That one thing is the lead for the AL East. The Yankees turned to Andy Pettitte to close the gap between third and first place and sure enough, Pettitte delivered as the Yanks blanked the Rays 7-0.

The Yankees were aided by 3 Tampa Bay errors which led to 2 of the 7 runs. Russell Martin hit a grand slam as apart of his 3 hit day which was just enough to seal the win.

Tomorrow Ivan Nova goes to the mound vs. Alex Cobb for the Rays. The game is on YES and first pitch is at 7:05pm.

NOTE: With the Tampa Bay loss and the Baltimore Orioles win, the Yankees are only a half game back behind both teams for first place. Let’s see what the Yankees do tomorrow.