The New York Yankees announced that relief pitcher Rafael Soriano and Yankees outfielder Nick Swisher are planning on declining their qualifying offers. Swisher (who had another atrocious postseason) and Soriano (who has hinted that he wanted a multi-year deal as a closer) will now hit the free agent market after tomorrow. Hiroki Kuroda has yet to decide whether he will accept or decline the offer.

Swisher is the target of 5 teams but only two are none: the Texas Rangers and the Seattle Mariners.

— Andruw Jones has expressed interest in playing again next season. I’m 99.9% sure that it won’t  be with the Yankees.

— Brian Cashman had a small victory today. In Day 2 of the GM meetings in California, he did not have to mention Alex Rodriguez getting traded–at all. Now, let’s see about tomorrow?

Good evening everyone. With the GM Meetings happening in California there has been news coming from the Yankees organization all day. Here are some notes from today.

— The Boston Red Sox are reportedly interested in both Hiroki Kuroda and Tino Martinez. Kuroda has until tomorrow whether to accept or decline the qualifying offer and if Kuroda declines, he could test the waters. The Red Sox have contacted Kuroda about the matter. Now, for Martinez the Red Sox want him–but we all know it’s not to be a player. They want him to be a hitting coach. The Red Sox aren’t that desperate to have Martinez play on the field for them–or are they?

UPDATE 6:16pm: The Red Sox were interested but the Marlins made a hire. They hired none other than Tino Martinez for the hitting coach job.

— As we all know the 2012 GIBBY Awards are around the corner so it’s time for fans to vote. Here are the Yankee candidates this season:

Hitter of the Year: Robinson Cano (He’s good, but I don’t think he’s the hitter of year).
Setup Man of the Year: David Robertson (Robertson won the award last year)
Defensive Player of the Year: Mark Teixeira (Aside from the Game 4 ALCS debacle, he’s one of the best defenders in the game)
Manager of the Year: Joe Girardi (He’s a good manager, but I’m almost positive ‘Binder Joe’ won’t win this category)
Executive of the Year: Brian Cashman (Cashman, Cashman. Hmm….again, he’s good…but if he was the Executive of the year, he would have possibly got a younger team. He won’t win).
Postseason MVP: Raul Ibanez (He was the Yankees Postseason MVP but remember, the Giants won the WS. One of their players might win the award).

To vote for your Yankees in the 2012 GIBBY Awards, click here.

— Now, MLB was speaking about expanding replays,  maybe changing the 25 man roster rule in September and possible pitcher protection for when they get hit in the head (not a bad idea at all). Here is the Associated Press with that information:

Instant replay in baseball began in August 2008 and has been limited to checking whether potential home runs were fair or cleared over fences. Major League Baseball Commissioner Bud Selig has been saying since early 2011 he wants to expand it to two additional types of calls.

“He was talking about really basically fair-foul, trap plays. But we’re looking into more than that,” Joe Torre, MLB’s executive vice president for baseball operations, said Wednesday at the general managers’ meetings.

Torre did not detail what types of calls a broader expansion might include.

MLB experimented with the Hawk-Eye animation system that is used to judge line calls in tennis and the TrackMan radar software used by the PGA Tour during tests late this year at Yankee Stadium and Citi Field.

“We still have some questions on the way it is now, if that’s going to fit with baseball,” Torre said. “I’m not saying it can’t be adjusted or they can do something would make it work for our game.”

He pointed out tennis courts are smaller than baseball fields.

“It’s easier to cover as opposed to what we have,” he said.

Depending on what baseball decides, changes might have to be negotiated with the umpires’ and players’ unions.

Selig has said he hopes to have wider replay in 2013.

INDIAN WELLS, Calif. (AP) — Major League Baseball is considering a change to its longtime rule allowing active rosters to expand from 25 to 40 from Sept. 1 through the rest of the regular season.

Some teams have been reluctant to use the larger limit late in the season. They have cited not wanting to disrupt minor league teams in their playoffs, and those decisions have led to big league games in which teams have differing numbers of available players.

“Each team should have equal number of players available every day,” Torre said. “I just think you play the whole season with one set of rules and the most important time of the year, especially for clubs that are in a pennant race, I just don’t think it’s fair for it to be done (with a) different number of roster people.”

Torre said one possibility would be setting a fixed number of players who must be on the active roster for September games.

Any proposal for change would be subject to bargaining with the Major League Baseball Players Association.

NDIAN WELLS, Calif. (AP) — At their first meeting since a pair of pitchers were hit on the head by line drives, baseball general managers discussed ways to protect hurlers from injuries in the future.

Major League Baseball staff have said a cap liner with Kevlar, the high-impact material used by military, law enforcement and NFL players for body armor, is among the ideas under consideration.

“If we settle on something that is going to make sense, and obviously the pitcher has to be comfortable with it, we’ll obviously put that in as soon as possible,” MLB executive vice president Joe Torre said Wednesday.

Oakland’s Brandon McCarthy was hit on the head by a line drive in September, causing a skull fracture and brain contusion that required surgery.

Detroit’s Doug Fister was hit on the head by a liner off the bat of San Francisco’s Gregor Blanco during the World Series. Fister was unhurt and stayed in the game.

MLB medical director Dr. Gary Green is to give a report at next month’s winter meetings in Nashville, Tenn. MLB senior vice president Dan Halem has said protective headgear for pitchers could be in place in the minor leagues for next season.

“We’ll talk to our doctors to make sure that they’re comfortable or they’re satisfied this is an advance,” Torre said.

Any change to require protection for big league pitchers would have to be negotiated with the players’ association. 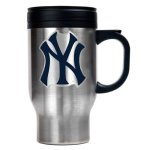 Good morning all.  Let’s get right to the links…

— Cashman said yesterday that he is not trading A-Rod.   Is it he doesn’t want to trade him or more likely no one wants him.

— Giardi mentions don’t rule anything out when it comes to the off-season.

— The Daily News has an article about how the Yankees could explore a trade for Justin Upton.