Week 1 Yankees Player of the Week 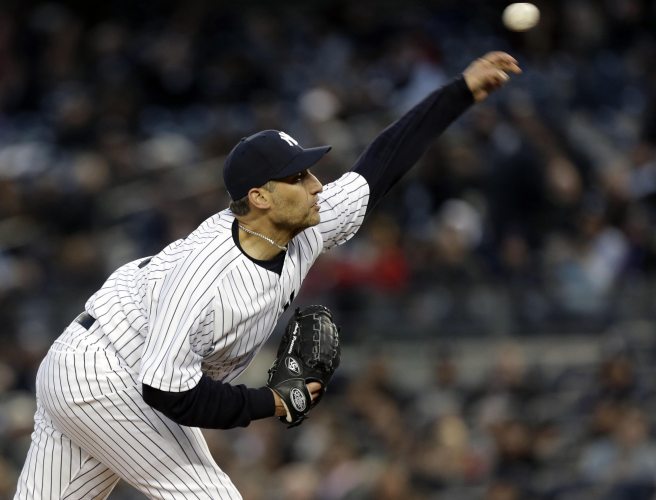 The Yankees started off the season terribly, going 1-4 against Boston and at Detroit. They did it in embarrassing fashion, never scoring more than four runs in a game, allowing at least seven runs in four out of five games and playing underwhelming defense. The offense has been pretty much what you would expect, but newcomers Kevin Youkilis, Vernon Wells, Travis Hafner and Brennan Boesch have all swung the bats very well. Brians Cashman’s offseason acquisitions Youkilis, Wells, Hafner, Boesch Ben Francisco and Lyle Overbay hit a combined .293 this week (22-for-75).  It is the remaining players from last year that have been killing the Yankees like Robinson Cano, Brett Gardner and Ichiro Suzuki. If those guys can pick it up and the new guys can keep it up, the Yankees might be able to survive April. However, they can only survive April if their pitching staff picks it up in a major way. Every pitcher other than David Robertson allowed a run for the Yankees this week. Yesterday, after the Yankees battled back to within 5-4 and David Phelps immediately gave two runs back. The Yankees could have easily won if they pitched well and had more luck, as they should have scored more than the four runs that they did.

The Yankees as a team had a 6.49 ERA this week, the bullpen had a 7.65 ERA, and if you take out Andy Pettitte, the starters went 0-4 with a 7.80 ERA. Those are truly egregious numbers, especially when you have a limited offense. The middle relief pitchers for the Yankees have been abysmal, as Joba Chamberlain, Phelps and Boone Logan all stunk miserably. Chamberlain and Phelps should improve, but  the Yankees have a big problem if Logan does not, as he is their only lefty. His arm appears shot from all the innings last year and the Yankees might want to think about bringing up Vidal Nuno or picking Clay Rapada back up.

The only silver lining I have about these games is that the guys who you would expect to be good haven’t been, like Cano, Gardner, Ichiro, Phelps, Chamberlain, Logan, CC Sabathia, Hiroki Kuroda and Phil Hughes. So, if they pick it up like their track records say they will, and you still get production out of Youkilis, Wells, Bosech and Hafner, the Yankees should be able to tread water in April. Now, here are the nominees for Yankees Week 1 Player of the Week.

Kevin Youkilis: Youkilis hit .389, with 1 HR, 2 RBI and a 1.172 OPS this week. He was one of the few consistently good hitters this week, as he had a hit in all five games this week. He had a big home run on Friday that gave the Yankees a 3-2 lead, which unfortunately they were not able to hold it or expand it. Four out of Youk’s seven hits this week went for extra bases.

Vernon Wells: Wells hit .286 on the week, with 2 HR’s, 4 RBI and a 1.089 OPS. Wells had three hits in Wednesday’s 7-4 loss against Boston, including a three-run home run that made the the game respectable. Also, he had a rocket home run yesterday that evened the score at one. Both home runs were line drives, which shows that Wells’ approach at he plate is really sound right now.

Travis Hafner: Hafter hit .313, with 1 HR, 2RBI and a .889 ops. The Yankees saw a lot of righties this week, which benefited Hafner. He had exactly one hit in all five games this week, including a solo home run in Wednesday’s game.

Andy Pettitte: Pettitte was absolutely outstanding in Thursday’s win over Boston. He pitched eight inning, allowed one run on eight hits and struck out three. He looked like the Pettitte of old, constantly pitching out of trouble and throwing strikes. He played his stopper role well again, as the Yankees desperately needed a win and he delivered.