The hottest race in the AL East in memory, the players finally see the light on PED use are the main topics this week. 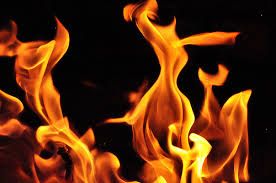 When looking at the AL East standings this morning, there are three things which stand out to most people.

The second thing that stands out is the AL East continues to impose its will as the strongest division in baseball, despite many cries in the preseason that the NL East had assumed that title.

The AL East has four teams over .500 right, with all four of those teams in serious playoff contention.

The AL East has combined for 172 wins so far this year, 7 more than the teams in the NL Central who have won 165 games.

The AL East is the only division in baseball that has four teams with positive run differentials over their opponents.

By any measuring stick, the AL East is clearly still the beast of MLB.

The third thing that stands out when examining the AL East standings is the incredible battle between four teams fighting for the division title and potential wildcard playoff berths.

The spread between the first place Red Sox and fourth place Orioles is only four games.

It’s hard to recall the last time a MLB season was heading into mid-June and had four teams in the AL East all with a legitimate chance to win the division.Making this battle even more compelling is that in addition to the standings being so tight, not much separates these teams to the naked eye either.  All four teams have injuries and/or prospects expected to return later on in the season as reinforcements, all four teams have very good pitching, and all four teams have defensive or offensive flaws.  Because of these factors, fans should be prepared for this battle to carry on into the late stages of the season, which could make for one of the most exciting divisional races in the history of baseball.

MLB’s disgraceful handling of the PED problem was, has been and is their own fault.

After the strike of 1994 that left fans out in the cold and unwilling to forgive the players and the league itself for cancelling the World Series, baseball was left in a vulnerable moral position.

When sluggers like McGwire, Sosa and Bonds started putting on home run hitting clinics night after night, MLB championed these stars and promoted them, despite the whispers that what they were doing was aided by something more than a good breakfast.

Whether or not Selig and the owners actually “knew” what so many players were doing to get these incredible results, they certainly had to have had serious suspicions.

The increase in attendance, ratings and media that these bashers brought was simply too great for MLB to disrupt.  The outrageous offensive displays were pulling fans back to the seats and to their televisions and that was more important to the powers that be than anything else.

By now we’re all sick and tired of the admissions, apologies, denials and trials of players involved with the use of PED’s.  MLB’s handling of the Mitchell Report and testing done prior to the Mitchell Report was a travesty best summed up by Ozzie Guillen in July of 2009 when he said:

“Can somebody in baseball, please, we’re all begging people, get that stupid list out and move on. This is ridiculous. This is embarrassing. This is a joke. Whoever is there is there; get them out and that’s it. We’re going to continue being alive, we’re going to continue playing the game. But sitting here every freaking day, every manager, every player, responding to the same question, it’s getting tired. It’s old. Come on. If you’re going to divorce me, divorce me right away. Don’t say you’re going to leave me. I’m serious. If you’re going to talk every night, ‘I’m going to divorce you,’ no, get out of my house. Every week we’ve got to come up with this thing.”

Since then we’ve had Manny Ramirez’ saga, Ryan Braun’s soap opera, and now the Biogenesis affair.

Throughout this saga the Players Union and the players themselves have shared in the blame of this sad situation by vigorously defending the accused or admitted cheats.

If what Buster Olney said this past week about the Biogenesis situation and the change in sentiment of the players themselves about cheats, we could be witnessing a major development in the way players will view cheating.  Here is a quote from ESPN’s Olney courtesy of Kevin Dillon’s WEEI blog:

“I know some people who I work with have said this is a black eye for baseball,” Olney said. “Personally, I think it is a good moment for baseball because it shows how vigilant and diligent and aggressive they are being. I think we are going to see in the players’ reaction which I am hearing privately from guys — they want cheaters to go down. The change in the culture from 10-15 years ago is dramatic. You have guys now and after Ryan Braun got off and won his appeal, they wanted him to go down. They want him to go down now. I think that in general, that is sort of where the sport is on this. They are trying to deal with a problem and this is a sign that they are dealing with it and that they can.”

While A-Rod and Braun are the headliners of the latest soap opera, that doesn’t make the other 18 rumored offenders any less guilty than the two big stars. Let’s hope that all of the parties involved in MLB handle the latest PR mess for MLB properly for a change.

If The Playoffs Began Today

In the NL the Cincinnati Reds would play the Pittsburgh Pirates in a one game playoff that would take place in Pittsburgh to determine who the St.Louis Cardinals would host in a best-of-five series.

The Atlanta Braves would host the San Francisco Giants in the other best-of-five series.

In the AL, the New York Yankees would host the Oakland A’s in a one game playoff to determine who the Boston Red Sox would host in a best-of-five series.

The Texas Rangers would host the Detroit Tigers in the other best-of-five series.

The Yankees completed a successful series in Seattle yesterday by winning a nail-biter over the Mariners by a score of 2-1.

David Phelps was solid through 6 innings, allowing three hits, three BB’s, and only one earned run while striking out 6 innings before yielding to the bullpen.

Boone Logan, David Robertson, and Mariano Rivera combined for three scoreless innings in relief to nail down the victory.

Robertson and Rivera gave the Yankees some anxious moments, working out of extreme danger throughout their two innings.

The Yankees are off today after traveling to Oakland where they will begin a three game series with the A’s on Tuesday night.

Now on to today’s news and links:

Ryan Tolmich of The Bleacher Report says that the Yankees will be a scary team come September.

Ken Belson and David Waldstein report that a Japanese team tried to acquire A-Rod last year after the playoffs.

Wallace Matthews of ESPNNY discusses the Yankees success this year despite poor team numbers offensively across the board.