Off Day News and Notes

Yankees are off today but there has been some interesting news today:

– Alex Rodriguez is closer to playing rehab games, but Brian Cashman refuted a NY Post report that Rodriguez would start on July 1st.

“He has not been cleared by our doctors to play in rehab games yet,” Cashman told Wally Matthews of  ESPNNewYork.com. “He’s getting closer, there’s no doubt about it, but we don’t have a date for him to start playing games yet,” Cashman said. “It could be July 1. It could also be July 5, or maybe June 25.”

– Mark Teixeira’s wrist does not appear to be getting any better, as Teixeira is still experiencing soreness. Surgery might seem like a good bet at this point.

“He’s still sore, even after the shot,” Cashman told Andy McCullough of The Star-Ledger. “So our doctors are obviously working through it, trying to analyze the situation. It’s clearly not a good situation.”

– McCullough also tweeted that Cashman told him that the Yankees haven’t decided what to do with Ivan Nova yet, but said “I don’t view Nova as a threat right now to Hughes.”

Blockbuster trades may be looming, the Blue Jays are rolling and two divisions have established themselves as the power of their leagues head this week’s Travel Day.

Stars On The Move 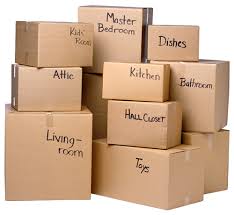 This year’s circumstances appear to have this deadline trade market one withe potential to excite and delight many teams and their fans.

The fact that it makes sense for the teams who possess these players to trade them is one reason the trade market could be humming very soon.  The other big reason is that the number of teams being labeled as buyers is large.

Something to watch for are trades to be made much earlier than in recent years involving key players.  The competition for these key players who may be available will be steep amongst the buyers and at least a few GM’s will see the value in acquiring a key player sooner rather than later.

In April and May as the Jays struggled and occupied last place in the AL East, a friend asked me how I could have been so stupid as to have bought into the preseason hype of the Blue Jays. My response was that everything that could have gone wrong for the Blue Jays had gone wrong and that when their pitchers got on track and they got healthy that they would come charging.  What is surprising is that the charge has come in June and with such incredible force.

The Blue Jays are coming at the AL East leaders like a downhill runaway train.  Not only are the Blue Jays a winner of their last eleven games, the last ten games were wins against teams who are all over .500.  The Rangers, Rockies,  and Orioles were all swept by the Jays.

Not only are the Blue Jays now hitting and pitching at the level they anticipated before the season began, opponents will be very unhappy to hear that SS Jose Reyes and P Kyle Drabek are on their way back soon.

Drabek made his first rehab start on Saturday and should be back to the Jays very soon, which will give them even more depth in pitching.  Reyes, expected to be a major catalyst for the Jays this season, will most likely rejoin the Jays on Thursday against Boston.

The Blue Jays are going to be a very tough team to beat the rest of the way.

The AL East and NL Central Are A Cut Above 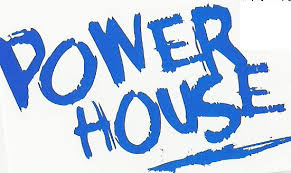 The AL East continues to impose its will upon their rivals.  Every team in the Al East possesses a winning record, a remarkable achievement as the season is less than a week from the halfway mark.

The teams in the AL East have a combined record of 205-174.  Removing the divisional games from that record, the AL East is a combined 117-86 against the rest of the teams in MLB.  It’s almost unfathomable that a division could be a combined 31 games over .500 against teams from other divisions.

Only five games separate the first place Red Sox from the last place Jays and Rays as all teams in the AL East are clearly in playoff contention.

The NL Central clearly stands out as the powerhouse of their league.

All three of these teams are serious playoff factors that may propel the NL Central to become the first division to send three teams to the playoffs in just the second year that such a feat would be possible due to the expanded playoff system.

If The Playoffs Began Today

The Oakland A’s would host the Baltimore Orioles in a one-game playoff to determine who would face the Texas Rangers in a best-of-five series.

The Boston Red Sox would host the Detroit Tigers in the other best-of-five series.

The Pittsburgh Pirates would host the Cincinnati Reds in a one-game playoff to determine who would face the St. Louis Cardinals in a best-of-five series.

The Atlanta Braves would host the Arizona Diamondbacks in the other best-of-five series.

The Yankees fell to the Rays yesterday by a score of 3-1 to wind up with a split of their four game series with the Rays.

Ivan Nova was very good in defeat but after exiting with two runners on base and two outs in the 7th inning, Shawn Kelly walked the bases full and Boone Logan gave up a hit that allowed two runs.

The Yankee offense was stagnant outside of Brett Gardner and Zoilo Almonte who went 3-4 and 2-4 respectively.

The Yankees are off today and will resume against with a game against the Rangers, who are coming to town to begin a three game series on Tuesday.

Now on to today’s news links:

Michael O’Keefe and Teri Thompson of the New York Daily News report that Alex Rodriguez is on his way back to the Bronx soon.

Jon Heyman of CBSSPORTS.com says it is looking more likely that Robinson Cano will test free agency at the end of the season.