Yanks miss out on Pierzynski

Where was the Yankees offer?

It has been reported that the Texas Rangers have agreed to terms with Free Agent Catcher A.J. Pierzynski.  The Yankees were said to have looked into the 35-yr old as an option to replace Russell Martin but ultimately backed off because he supposedley wasn’t strong enough defensively.  To me, I thought AJ would be an excellent match for the Yankees but I thought he was out of the picture because he would receive a 2-yr deal from someone.  I wanted to see the Yanks offer a Kevin Youkilis type deal – high money for just 1 yr for AJ.  In fact I thought they should have offered the same $12M deal to AJ that Youk signed for.  Well, I was crushed to see that Pierzynski signed with Texas for a mere $7.5 Million for 1 year. Where was the Yankee offer?

Based on the wreckage that is the current state of Yankees catching and the club’s ridiculous insistence on 1-yr contracts – there really couldn’t have been a better match.   I don’t expect AJ to hit 27 HRs and win a Silver Slugger again like he did in 2012, but he seemed to be a good fit and would have improved the team immensely over the Catchers they have now.  AJ is a high average , contact hitter who is one of the toughest to strike out in the league.  He crushes RHP which would be ideal to match with any of the Yankees RH hitting backups in Stewart, Cervelli or Romine.  AJ feasted on RHP in 2012, hitting .287/.338/.536/.874 with 24 HRs in 399 PAs.  It would have been ideal to have him start the roughly 110 games this year vs RHP and one of the RH backups to start vs LHP.

Pierzynski is an all-out player with a fiery personality who gets under the skin of opponents.  He’s one of the more disliked players in MLB but he’s known to be a good teammate and leader.  His demeanor and effort would be a welcome addition to the team.  Apparently, the Yankees had concerns that he was only an “average” defensive catcher. This is rather laughable considering the Catchers currently on the team.   At this point in their careers AJ is better defensively then Cervelli and Romine.  And while Stewart is a solid defender he is like having a Pitcher in the batting order.  Pairing AJ with Romine may have been a good move so the young catcher could learn on the job from a seasoned veteran the way a young Posada learned from the veteran starter Girardi.

Looking at the state of catching in MLB, Pierzynski was an excellent option and a no-brainer at the contract he got.  Although its been just 114 PAs over the last decade, he’s shown that he won’t wilt in the post-season with a .300 BA, 5 HRs and a  .892 OPS.  AJ’s LH power also could have made it easier to trade Curtis Granderson for young talent without inhibiting their offense in 2013.  There seems to be a multitude of good reasons to have signed Pierzynski to be the Yankees catcher in 2013 yet they had very little interest.  I have been perplexed with a number of the team’s decisions this Winter (and the last 2-3 Winters actually) but I totally don’t understand this one.  Currently, it looks like the Yanks have perhaps the worst starting Catcher in the A.L. which doesn’t add up with their apparent strategy.  All of their moves this offseason make it seem that they are going with a lot of veterans to take one last shot while guys like Pettitte, Mariano and Jeter are still around.  They have made no effort to get younger or to make any significant additions for the team’s future beyond 2013. Pierzynski was the perfect fit to go after it in 2013 without adding any further commitment/burden to the 2014 payroll.  I want to believe the team has a plan but with each subsequent move and non-move it makes it harder to understand it.

Cashman goes into Winter Meetings with a lot on his plate 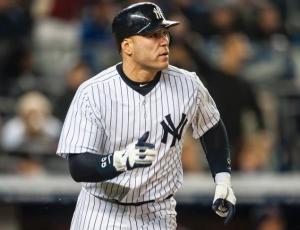 With Russell Martin going to the Pirates, Brian Cashman’s winter list got a little bit longer

Although he was able to re-sign closer Mariano Rivera to a 1 year, $10 Million contract, he let another player get away–Russell Martin. The offseason plan has always been to take care of starting pitching first before going off and extending contracts to other players. Apparently, Russell Martin couldn’t wait for that, signing a contract with the Pittsburgh Pirates for 2 years and $17 Million, rejoining ex-Yankee A.J Burnett in the process. This leaves Brian Cashman heading into the Winter Meetings on Monday with no catcher and no right fielder, two moves that he has to fill up before Spring Training.

With Martin gone from the Yankees, heading to Pittsburgh there are two legitimate catchers on the free agent market that are still available: A.J Pierzynski and Mike Napoli. Although the Yankees aren’t reportedly targeting either catchers, at this point they don’t have much of a choice.

Last season if Martin had ever gotten hurt, Francisco Cervelli would have been the starting catcher. Now that Martin is gone, that looks to be the case with Chris Stewart at backup and Austin Romine as an emergency choice. As much as I like Cervelli (he’s a big fan favorite), he’s not a power hitter. The same goes for Chris Stewart. Although Stewart is an amazing defensive catcher, he doesn’t have the pop in his bat.

Brian Cashman believes that the answer to the catcher situation could possibly already be on the team, but with players like Cervelli, Stewart, Romine and new Yankee (who is currently in the process of clearing waivers) Eli Whiteside, I don’t see a legitimate starting catcher in the Yankees organization. 2014 is a year away Cashman. Time to take out your wallet and make a deal for someone for this year, no matter what it takes.