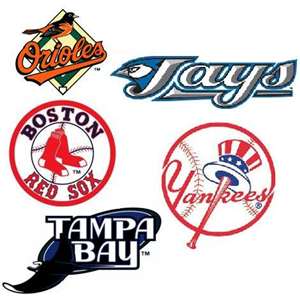 In a series of articles this week we will be ranking the starting players in the AL East for every position. Today the infielders are the focus. These rankings should provide good discussion so please give me your thoughts on rankings you may agree or disagree with.

Matt Wieters started to live up to his potential last year. After a rough rookie season, Wieters stepped it up both offensively and defensively. Wieters hit .262, with 22 HR’s, 68 RBI, and a .778 OPS. He was also stellar behind the plate as he threw out 37% of all base stealers last season. It was a close call for 2nd but Martin got the nod over Arencibia due to experience and defense. Arencibia showed great power potential during his rookie year as he hit 23 HR’s, but needs to work on his average since he hit only .219. If he can take another step up like Wieters did, he can be quite good. Martin did a terrific job handling the Yankees pitching staff and provided timely offense. Saltalamachia has never lived up to his hype during his career, but did have his best year last year offensively. Molina is a great backup, but should not really be starting.

Adrian Gonzalez definitely had a great first impression for the Red Sox last year with an MVP type season, batting .337, with 27 HR’s, 117 RBI, and a .957 OPS. Teixeira can definitely match Gonzalez’s excellent defense and has a similar level of power. However Teixiera batted 89 points lower so he is not really on the same level of production as Gonzalez. Since Lind hit .305 and 35 HR’s in 2009 he has just been ordinary, yet still pretty solid. Pena provides great power and defense, but has not hit above .230 for three straight years. Davis has been an all or nothing type hitter for his career.