— Derek Jeter addressed the press today (wearing a Muhammed Ali shirt that everyone couldn’t stop talking about). During the conference when asked if Jeter could keep up his numbers from the second half of the season he said, “Yeah, why not. I think if you work hard and you’re dedicated—which I’ve always tried to do—I don’t see any reason why not. I don’t think you ever go into a season saying you’re not capable of doing something. I always try to stay positive, you guys know that, and I have a lot of confidence in what I’m able to do. It’s just a matter of going out there and doing it. If I didn’t feel as though I was able to do it, then I wouldn’t be here trying.”

Jeter also talked about his skills and why he’s still able to play baseball. “If I didn’t think I was capable of playing the game at a high level, I would go home. If I wasn’t enjoying myself, enjoying the competition, then it’d be time to go home. Right now, I think I’m capable and I’m enjoying myself. I can’t comment on what would force me to retire, go home, stop playing. But I have a lot of confidence. I’ve always had confidence. If that starts to waver, then I wouldn’t do it.”

— Michael Pineda plans to learn how to throw the changeup from CC Sabathia. If you ever need to learn a pitch, going to CC is the way to do it.

Who Should Be The Fifth Starter? 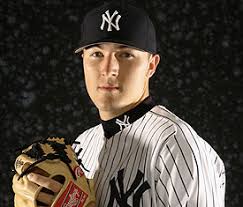 On the evening of January 13th Yankee GM Brian Cashman emerged from a winter slumber of inactivity with two moves that sent a rumble throughout MLB.  The first news to hit was that Cashman had traded Yankee uber-prospect Jesus Montero along with pitcher Hector Noesi to the Seattle Mariners for pitcher Michael Pineda.  Just as Yankee fans and media were trying to absorb and analyze that surprising move the second shockwave hit. Cashman had also signed free agent pitcher Hiroki Kuroda to a one year, ten million dollar deal.

With those moves, four slots of the Yankee rotation were all but assured. The newly acquired Pineda and Kuroda would join C.C. Sabathia and Ivan Nova in the 2012 Yankee rotation. 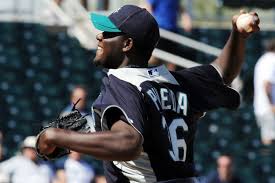 It was about ten minutes after those moves were digested that the debate began about who the Yankees’ fifth starter in 2012 would be. It looked like a three-man battle would take place this spring between A.J. Burnett, Phil Hughes, and Freddy Garcia.

Last week the Yankees traded Burnett to the Pirates for two low-level prospects and the battle for the fifth rotation spot was down to Hughes and Garcia.  So which of these pitchers should be the Yankees fifth starter in 2012? The answer, for a variety of reasons, is Phil Hughes.

By now almost everyone who follows baseball has heard of the Joba Rules.  Many Yankee fans cringe when they hear a reference to these rules and with good reason.  In an effort to protect the young arms of their prized pitching prospects from injury, GM Brian Cashman and the Yankees formulated a systematic plan limiting the innings that these young pitchers could throw in their initial years. The idea was to prevent injuries to these young pitchers like those that crippled the careers of young sensations Kerry Wood and Mark Prior. The general consensus is that overworking young pitchers can lead to problems later on.

On the surface these rules seemed to be a good innovation by a franchise looking to learn from the mistakes of others. It was the practicality of the application of these rules where things got sticky.

END_OF_DOCUMENT_TOKEN_TO_BE_REPLACED

It’s Friday so Hooooray for that.  With everyone reporting to camp more stories should be coming out.  Let’s get right to the links.  Have a good weekend everyone.

* MLB.com reports that Hal Steinbrenner mentions that Mariano is a life long Yankee.

* Newsday writes that Kuroda is getting good reviews this spring.

* Nice article from The New York Times about Romine and how Girardi is working with him.

* The Daily News says that Russell Martin, Yankees not yet close on a new deal.

* This article from The Daily News goes into how Girardi might be around longer than Joe Torre.