Yankees “not getting” Yu Darvish

Yankees “not getting” Yu Darvish

If  Yu Darvish is going to be in the Major Leagues next year, it won’t be with the New York Yankees. Via Marc Carig, a person with knowledge of the situation said the Yankees “are not getting” Darvish but kept his anonymity due to the ongoing posting process.

The Yankees DID make a bid according to GM Brian Cashman, but he wouldn’t say how big the bid is. The highest bid for Yu Darvish had exceeded $51 Million which was what the Boston Red Sox used to sign Daisuke Matsuzaka. The Texas Rangers & the Toronto Blue Jays are into Darvish while the Yankees scouted Darvish for years.

Since pitching has been a problem for the Yankees, Cashman is planning on keeping a steady payroll heading into next season. The only huge money spending the Yankees actually did this season was extending the contract of Yankees ace CC Sabathia.

Not only are the Yankees out on Darvish, but they might be on the sidelines for Cuban prospect Yoenis Cespedes. While the Yankees believe that Cespedes will be an everyday outfielder, their belief won’t lead them to bid for him. 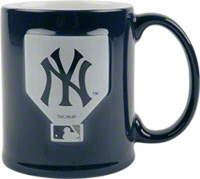 Here are the links…..

* Jeter has what it takes to be a great owner.